cancel confirm NSFW Votes: (0 votes)
Are you the publisher? Claim or contact us about this channel.
0
Showing article 2696 of 11431 in channel 3312089
Channel Details:
People Here Also Viewed:
Loading ....
Viewing all articles
Browse latest Browse all 11431
0
0
So, what can't you do in Amsterdam?

In a story almost as improbable as one in which Richard Sherman shuts his yapper for five minutes, a primarily government-funded initiative has alcoholics cleaning the streets of Amsterdam in return for a few cans of suds. 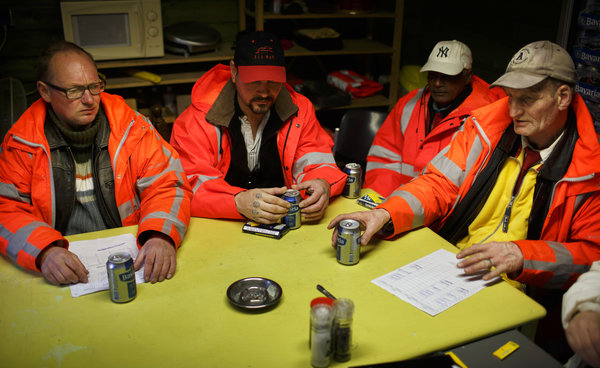 According to BBC News, 20 addicts have already taken part in the program. In exchange for free beer, cigarettes, hot food, and some pocket change, alcoholics spend six hours a day picking up trash. And while they are unable to consume brewskies on the job, those six hours are broken up by extended beer breaks.

The project has not only been praised by the public and local businesses, but it has also given many of the alcoholics a perceived purpose for the first time in years, with one participant acknowledging, "They used to treat us like garbage - and now we are picking up their garbage. We are not garbage anymore."

The group's organizers say the brand of beer offered in exchange for cleaning the streets differs based on which brewery offers the lowest price, so we'll assume Schlitz is on tap most of the time.