cancel confirm NSFW Votes: (0 votes)
Are you the publisher? Claim or contact us about this channel.
0
Showing article 2749 of 11431 in channel 3312089
Channel Details:
People Here Also Viewed:
Loading ....
Viewing all articles
Browse latest Browse all 11431
0
0
We've been all over Jen Selter lately - not literally, but we can only imagine - so you probably know who we're talking about. Well, odds are that at the very least you could identify her rear end in a police lineup by now: 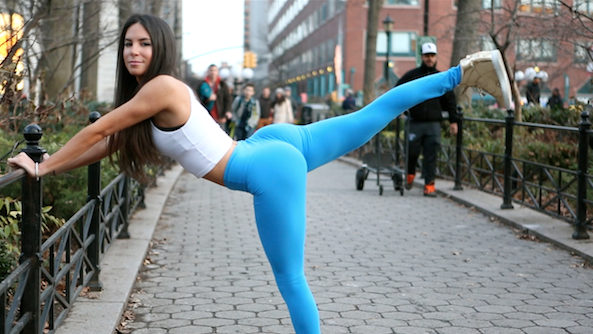 The 20-year-old Selter made headlines recently for amassing two million Instagram followers, over 500,000 Facebook followers, and more than 200,000 Twitter followers thanks to her constant posting of her working out her tush. Hold on - two million and one.

Now the social media fitness star has signed what others are referring to as a "lucrative" sports management deal with the same agency that reps Carl Crawford, Reggie Bush and Troy Aikman.

According to Andrew Witlieb of The Legacy Agency, Selter is a "combo of health, wellness, and fitness meets social media," which must be the agency lingo for "she has a fabulous ass."

Witlieb also thinks Selter has the potential to be the next Jillian Michaels, adding "Jillian didn't get to where she is until her mid-30's," which must be agency lingo for "she has time to grow into a raging bitch."