cancel confirm NSFW Votes: (0 votes)
Are you the publisher? Claim or contact us about this channel.
0
Showing article 2759 of 11431 in channel 3312089
Channel Details:
People Here Also Viewed:
Loading ....
Viewing all articles
Browse latest Browse all 11431
0
0
My straight wife doesn't sleep with me either, so what the hell? I'll do it for a hundredth of that price.

One of the richest men in Hong Kong is offering $120 million to any man who marries his daughter. And as long as you'll be able to get past the fact that his daughter will always love her lesbian partner way more than you, you'll live happily ever after. 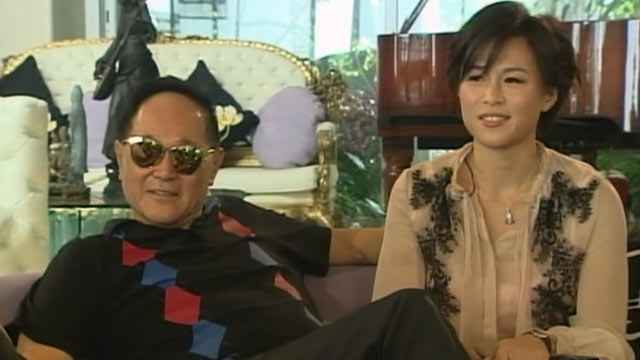 76-year-old Cecil Chao originally set the reward of walking his daughter Gigi down the aisle at $60 million in 2012. But when over 20,000 suitors came and went without the desired result, Chao decided to double it.

According to The Telegraph, Chao's motivation behind the offer is his desire for grandchildren. If that is truly the case, we'll direct him to the nearest fertility clinic for $100,000.

Chao made his fortune in the real estate game and has never been married himself, claiming to have slept with over 10,000 women and having children with three of them.

Sacha Baron Cohen is currently developing a film titled The Lesbian based on the family's story. We're hoping Charlie Sheen scores the role of Cecil Chao, as it sounds like a role he was born to play.

These guys also struck it rich in the marriage game: The Biggest Divorce Settlements Received By Men