cancel confirm NSFW Votes: (0 votes)
Are you the publisher? Claim or contact us about this channel.
0
Showing article 3389 of 11431 in channel 3312089
Channel Details:
People Here Also Viewed:
Loading ....
Viewing all articles
Browse latest Browse all 11431
0
0
Not only did Edelia Aponte survive the fall into a 15-foot well, but she did so after the guy she was fornicating with just left her there. 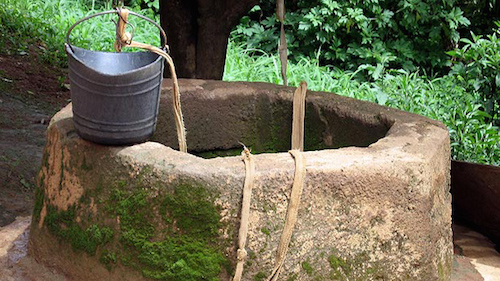 According to UPI, the 21-year-old woman in Spain fell to the bottom of a well while having sex because she didn't notice that the wood covering the top of the well was loose.

The man she was bumping uglies with bolted, but authorities suspect he was the one who placed an anonymous phone call that alerted them of the woman's situation. Firefighters were able to rescue Aponte and transport her to a hospital where she was treated for hypothermia and released.

If police are able to track the man down, he could be charged with "failing to aid someone in need of assistance." But Aponte told investigators she didn't know the man's name because she had just met him that night, so we're assuming the only thing they know about him at this point is that he is pretty damn smooth.

Here's a woman he probably wouldn't have to use his "A" game on: Florida Woman Calls 911 for Sex