cancel confirm NSFW Votes: (0 votes)
Are you the publisher? Claim or contact us about this channel.
0
Showing article 3870 of 11431 in channel 3312089
Channel Details:
People Here Also Viewed:
Loading ....
Viewing all articles
Browse latest Browse all 11431
0
0
It's easy to travel with friends to places you've never been, but it's quite another thing to have the audacity to board trains, planes and automobiles en route to a solo adventure. Every man should take at least one in his lifetime - if not way more often - so stamp that passport, put a little gas in the tank or just start walking. H 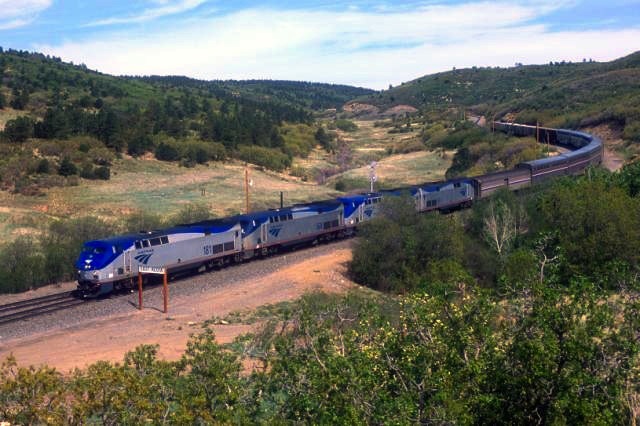 owever you need to do it, just get going before you're too old and bloated.

Trains for Days
Nothing is more old fashioned than hopping on a train and letting it take you down the tracks, passing by cities you've never seen and nipping through unmarked territories you could never drive through, waking with the sun and sleeping under the stars, all with the warmth of home and some guy passed out with his head on your shoulder while you try to read in the dim light. The Amtrak express, the Coast Starlight or any of its other multiple metropolis trips, can take you for a couple days on one train alone, whether up the west coast or across the chest of America, anywhere you want to go. Buy a 15-day pass and hop on and off as you like, seeing as much as you can and documenting the inspiring parts of your travels, along with the photos of girls you take when you pretend you're taking photos of the tall buildings behind them. Hell, make it a 30-day pass.

Backpacking National Parks
There are enough parks in the country to go around and hardly enough time to see them all, but you can sure as heck try. Packing up your granola bars and camping gear, setting a compass for your next heading and meeting new mates in passing along your trail seems like a good way to see the best sights without any need for phones or the Internet. Start with Yosemite, Yellowstone or Glacier National Parks and you should be hooked on Mother Nature's bosom like a hungry baby in no time.

Surfing the Coast
Go classic and pack up the summer ride for a cruise on up the coast, stopping when and where you like while paddling out at each stop. Take the moments in between your hopefully safe treks in 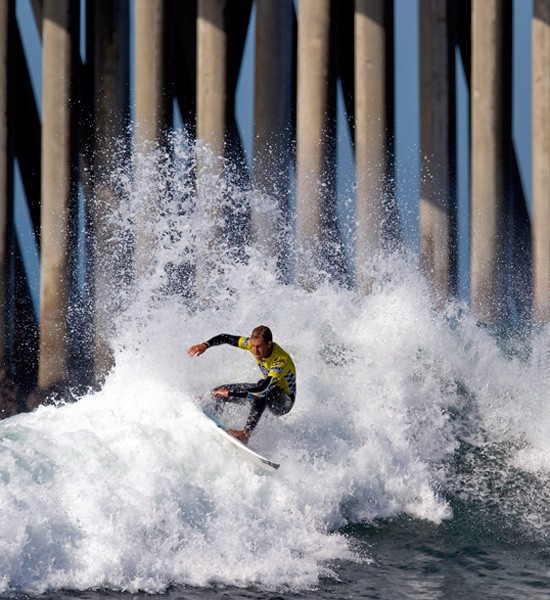 to the salty abyss to take photographs and jot down thoughts on your surroundings. Places like Big Sur, Santa Barbara, Venice and Carlsbad are all California stops you can make. There's any number of incredible surf spots around the world, too, like in Indonesia, South Africa and Central America.

The coffee table book The California Surf Project documents the very idea of going from point A to point B with several letters in between the two, containing photographs and writings of all the surf, sights and surroundings. It couldn't hurt to make your own.

Diner Diving
Not to be confused with dumpster diving, which is also a real rush in the morning, going on a bit of a diner marathon can be a real experience for breakfast enthusiasts who have a hard-on for the mornings and are open to trying new things. That sounded misleading, but let's go with it. The point is to experience as much as you can in the realm of renowned diners, and if you live in big cities like New York, Chicago or Los Angeles, you could go on a diner diving bender for months, trying new spots all the time without ever going to the same one twice or having to leave town. Maybe you'll stumble on some of the best damn bacon and eggs a man could ever imagine, your very own inner Ron Swanson manifesting itself into a burly mustache and disdain for local government.

Photographing the Forests
There's a reason that magical mythological characters come from the forests; it's because it's a unique place where its stillness is unbreakable and its silence is golden. If you're a photography junkie, take the time to visit some of the best natural forests around the country, definitely hitting the upper northwest of America, starting with the Redwoods and trying out places in Oregon and Montana. If you can't get a good picture of these, you might want to trade your nice camera in for an iPhone and start taking cheap photos like the rest of us, but at least you'll get to share your subpar version of an immaculate experience with everyone online that you haven't seen in a decade. And who knows, maybe you'll find that forest fairy you've been dreaming about every night while you squeeze your pillow. Or maybe a hungry bear. Travel safely.

Biking Smaller Cities
Though we'd like to suggest cliff jumping and sky diving as solo adventures, we cannot very well do it in good conscience and sleep at night, so how about trying a stroll around unlikely citysca 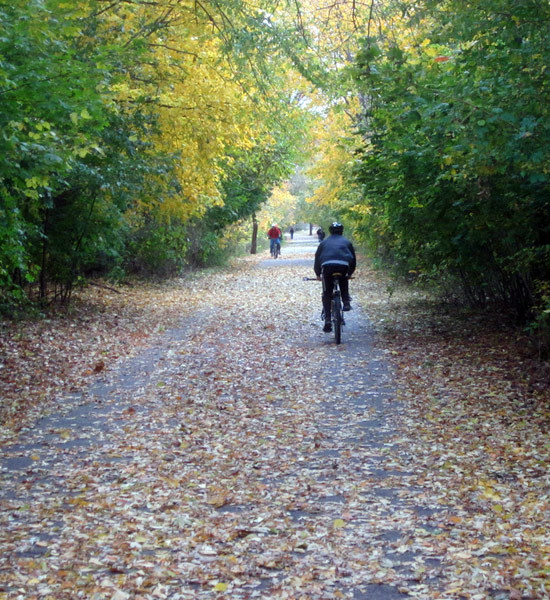 pes without plummeting to your demise instead? You can miss all the smells, nooks and hideouts when you ride in cars and cabs around new places, but when you go the extra distance on a two-wheeler, you can more easily immerse yourself into the culture of a city. Smaller metropolitan areas like Portland, Austin and Nashville are currently the hippest spots to set up shop, but if you're alone there for only a short bit, biking the terrain is your best bet at getting to know the city. No record store, taco stand or hipster donut stop will go untouched if you play right in the smaller cities. And if you hate bikes (or don't remember how to ride), saunter the unlikely streets like you're Juan Valdez and get yourself a nice cup of coffee at the local cafes.

Boating to Borealis
Chasing the Northern Lights may seem like either a stoner backpacker's daydream or an elderly man's dying wish, but it's not so crazy when you consider how easy it can be. Sequestered in a lightless land - the closest in the states is Alaska - the elusive Aurora Borealis is not a definite sighting, which makes it that much more exciting than your average sunset. But when it does rain down, it's a shower of greens, reds and yellows. Anybody who's witnessed it will say it's a prettier sight than cats dancing in the moonlight, so rent a secluded spot or take a cruise up through the landscape for a great escape, most likely in early September for the best chance to see the luminous masterpiece.

Cabins and Campfires
As good as any group trip can be for getting away, isolation is sometimes the best prescription for finding a little clarity, and since most of us are too afraid of the dark to go into a blackened se 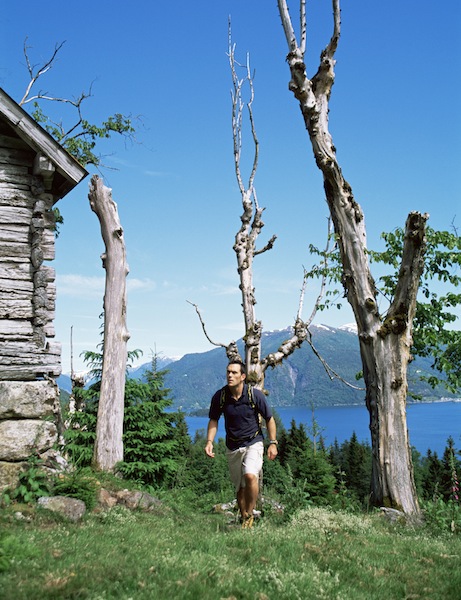 nsory deprivation chamber, a good solo adventure into a cabin can clear out the cobwebs and give focus back to man's origin - nature - and his need to chop wood and bathe in lakes. The only warmth you need are blankets and fire, but you can get a lot of work done in the comfort of a simplistic place without the distractions of the modern world. You have a book you want to write? A stamp collection that needs organizing? An animal you want to kill, skin and cook for yourself? Have at it. Nature is your friend, and living a brief period alone is good for a man, especially when he can be alone to quietly organize his thoughts. Just don't go for months and starve to death.

Island Hopping
Mother said to never go far without using the buddy system, but mother also never understood what was cool. Well, we know all about cool, and there's nothing cooler than grabbing your passport and heading for a short trip amongst a bunch of islands where you can hop, puddle jump and ferry your way around. Places like the Phillipines, Thailand and Manila just above Australia are popular island hopping spots, but if you want to keep it close to home, it can be as simple as taking a solo trip to Hawaii. These places, even places as close as Hawaii, offer a different type of culture that take focus away from a money-hungry society and place more importance on ego-free, humble living. Being in an urban area of America can brainwash a guy after a long enough time until he's solely focused on work, forgetting what's important. So take a few days, break your routine and experience a little quiet culture amongst some water-friendly places. Rent a snorkel, drink tequila and wake up in some strange family's home, because you only live once, or so they say.

Flying on Whims
If all else fails and you're feeling a bit indecisive, the only thing you can do is close your eyes and blindly choose a destination that will be an adventure in itself. A city you've never been, a place you want to know more about, or better yet a spot you never thought you'd ever go or want to go to and see if you can change your mind and find things about it you admire. Just don't close your eyes before driving to the airport. Hospitals may be an adventure in themselves, but there are some solo adventures better left avoided.

Whatever you do, do it with an open mind, and you might just find yourself on solo adventures more often from then on.