cancel confirm NSFW Votes: (0 votes)
Are you the publisher? Claim or contact us about this channel.
0
Showing article 3143 of 11431 in channel 3312089
Channel Details:
People Here Also Viewed:
Loading ....
Viewing all articles
Browse latest Browse all 11431
0
0
It wouldn't be a complete week on Planet Earth without some sick, twisted, "hillbilly humping something that isn't human" story out of Florida.

Thanks to Bernard Marsonek and his poor pit bull, we can now file this week under the complete category.

According to the Tampa Tribune, police arrived at the 57-year-old Marsonek's home after numerous complaints that he was literally going to town on one of his pit bulls in his yard. Shocked neighbors said they pleaded with him to stop, and we're pretty sure if that pit bull could have spoken English, he would have been doing some pleading, as well.

When the police arrived on the scene, they found Marsonek sitting quietly inside his home, but they eventually booked him on felony charges of aggravated animal cruelty, two counts of being a felon in possession of a firearm, and one misdemeanor count of sexual activity involving animals.

If you find yourself asking, "Who in the hell would rape a pit bull?" - the answer is: this guy. 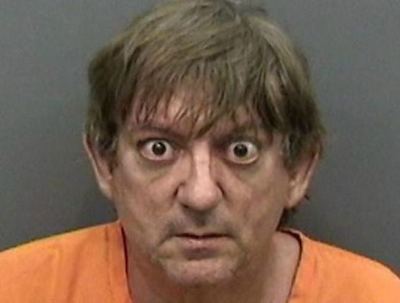 What in the hell is going on out there? Two New York Men Busted For Sexually Abusing Cows