cancel confirm NSFW Votes: (0 votes)
Are you the publisher? Claim or contact us about this channel.
0
Showing article 3864 of 11431 in channel 3312089
Channel Details:
People Here Also Viewed:
Loading ....
Viewing all articles
Browse latest Browse all 11431
0
0
We would like to think that calling the cops with an open warrant for his arrest and a "hot" tech gadget in his possession was Andrew James Joffe's last resort. But after digging up nine previous mugsots of this guy, it's safe to say that making good decisions is something that happens for him about as often as I get laid because I write for Mandatory. 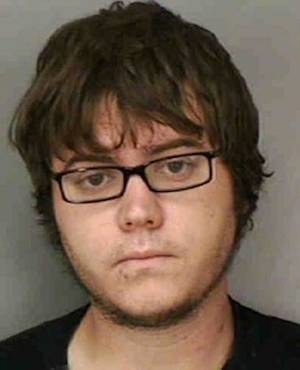 According to WKMG, Joffe called 911 just a hair shy of 2am last Thursday because he was "lost and being chased by wild hogs."

Local police eventually found Joffe and took him into custody after discovering he had an open warrant for driving with a suspended license. That's when deputies took the time to go through his backpack and discovered he had a stolen GPS unit in his possession, too.

Joffe admitted to stealing the unit from a vehicle, probably because at this point, it's like, "What the hell? I've been arrested like nine other times, so you know I did it."

Some of the other charges on Joffe's "resume" include DUI, retail theft, grand theft, and burglary of a structure or conveyance on at least three different occasions.

If you're looking for a great reason as to why you're not a pathetic loser, check out this clown's amazing ride at Hidden-Past.com.

Although I would rather have a beer with Joffe instead of this Florida man: Florida Man Steals $400 From Girl Scouts Selling Cookies